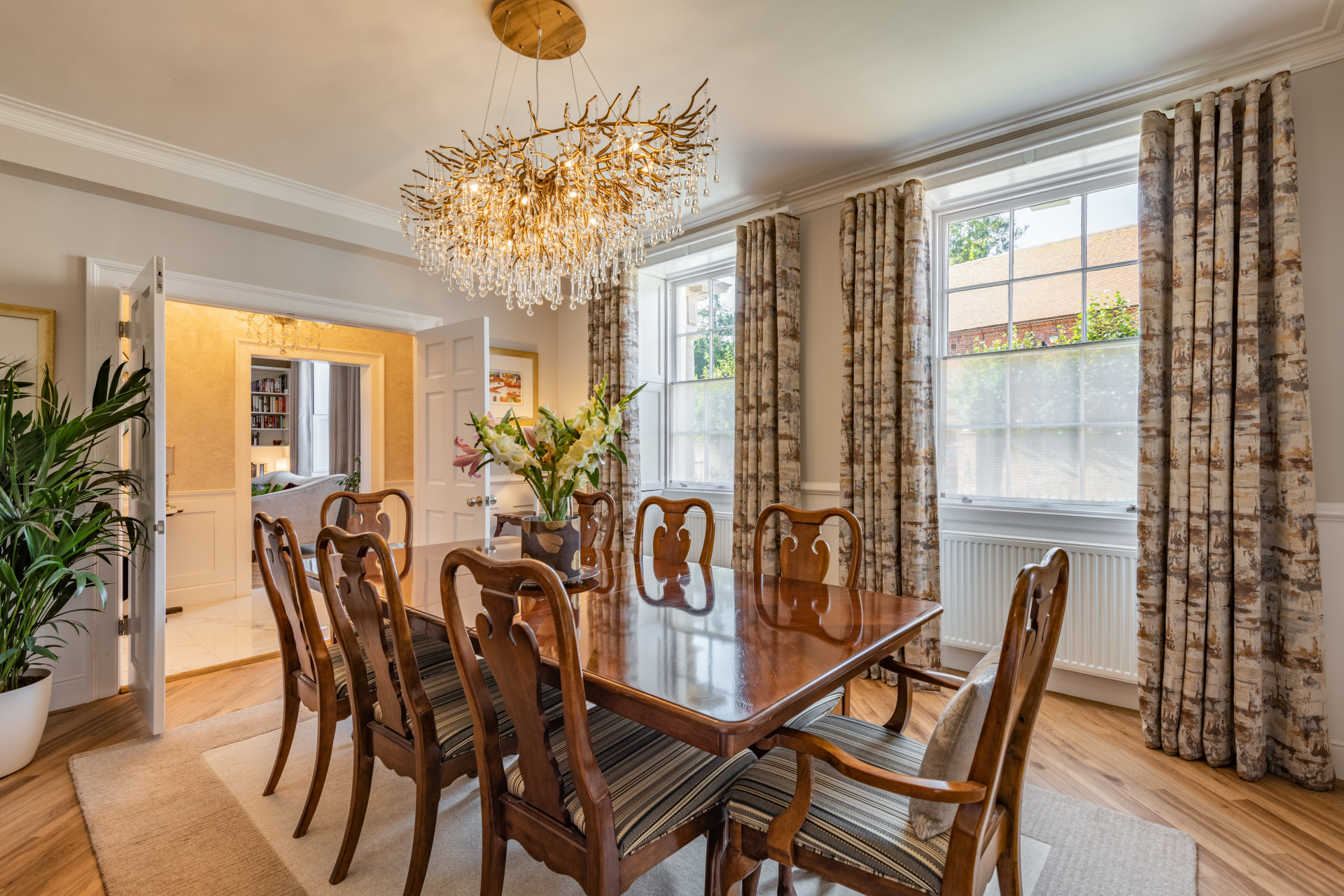 To rejuvenate a Grade II listed Georgian property located in Christchurch’s Conservation area which is of both architectural and historical interest locally. The house is surrounded by walled gardens and located next to an ancient Saxon Priory. Alongside famous owners like the Publisher Walter Hutchinson, the property has links to Sir Arthur Conan Doyle who allegedly previously stayed at the property and was inspired to write the Sherlock Holmes Mystery “Adventure of the Speckled Band”. Although the client wanted to refurbish for modern living, it was important the integrity of the property was maintained. The client preferred a bright space but with interest in each room and had several items of traditional and modern furniture to include. Work had started on the core restoration elements and a relatively neutral Kitchen had already been chosen. My main role was to create a flow from room to room working around elements already started, whilst still thinking kindly towards the character and aesthetics to the age of the building itself.

Rooms on ground and first floor all had very high ceilings, and each of a very good shape & size, so we had space to work with statement items both in pattern and accessories. The attic rooms were lower in ceiling but extremely generously proportioned. Some rooms had dado rails which were to remain, some had beautiful intricate cornicing that was being repaired, most rooms had open marble fireplaces. My first thoughts immediately went to large repeat pattern wallpapers incorporating animals, modern forms of chinoiserie, alongside panelling with its geometric forms and shapes. I needed to focus on using these in a modern way that would correspond with the building. I also needed to bear in mind we were including both traditional and modern furniture that was being re-located from an existing property. The designs finally chosen were for rooms to be accentuated with wallpapers to create instant features to reflect the opulence of the building, whilst maintaining fire places and garden views as the main focal points. Mixing animals and birds alongside marble effect and geometric pattern in others. These design styles work well together.

To keep a modern look, we mixed materials across all floors, incorporating marble, wood, tiles in either walls, flooring, fireplaces, doors etc. We chose an off-white warm base paint throughout for lightness that worked well with the marble, and this colour was also replicated in some of the woodwork. The main entrance and bathrooms used marble or tiles for practicality as much as aesthetics. Other core rooms on ground floor used wood flooring to add warmth but also for easy maintenance. Areas that were purely more about comfort, i.e. main lounge, stairs, and bedrooms we implemented carpet for softness underfoot and a snug feel.

After finding some amazing large print wallpapers these were then mixed with rich upholstery fabrics including velvets, and elegant window dressing fabrics with a faux silk look but textured, other fabrics with patterns were included on accessories. The client was lucky to come across a local selling large antique items of furniture and mirrors and as these were oversized and historical they were perfect for the property, alongside chandeliers which really added to the opulence. An absolutely beautiful property inside and out with character, charm and classical styling. 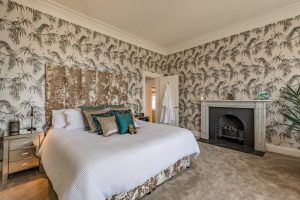 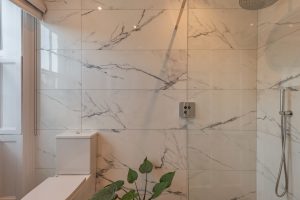 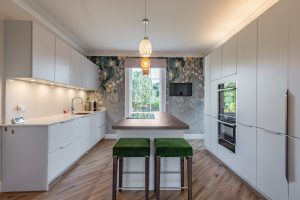 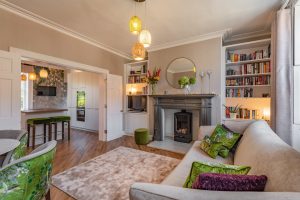 JAZZ UP YOUR HIVE WITH A BUZZ DESIGN

Noun — 'Something that creates excitement, hype or a thrill!'

Verb — 'To be very active, busy and full of energy'

Get a buzz as your home is transformed.